A logo is a graphical emblem, symbol or mark. A logo is used to aid and promote public identification and recognition. Logos come in many forms; it may be abstract icons or include some text. Have you ever seen a notable company without a logo? No? Because there is not any. A logo is one of the first things that connect a customer with a company. A popular company shall grow to have a famous logo, which is easily identified by its customers and the public. Think of the most popular company you know, and you’ll realize how much their brand logo makes them stand out and be iconic.

What makes a famous logo?

A successful and famous logo design comes down to some factors. Successful and iconic logos are easy to identify, professional, have a solid brand identity and are visible from any size. Over the years, some companies may change their logos based on design trends. Think of the Apple logo, for example. It started as a complex drawing of someone under a tree and it evolved into a modern bitten apple.

These popular logos are picked based on the logo’s branding, popularity, and recognizability. Below are the most famous logos around the world, in no particular order.

Apple’s logo has evolved over the years. The Apple logo started as featured Isaac Newton sitting beneath a tree with the apple hanging from it, poised to drop. While it was creative, Apple quickly simplified their logo to a literal apple. The Apple logo has always been iconic, but has popularity has increased over the years due to the rising popularity of Apple products. The Apple logo is associated with sleek, clean machines. In fact, products carrying the Apple logo are typically deemed to be luxurious, and it can be viewed as a status symbol. Whether you love or hate Apple, you must admit that you will recognize their logo from miles away.

According to Inkbot Design:

” The Microsoft logo depicts four colors, each representing an independent component. The blue square represents Windows. The red represents [an] office. The green represents Xbox, in other words, fun. And the yellow represents the surface. Though no evidence justifying the choice of yellow is known.” Even without the company name attached to it, the Microsoft logo is easy to recognize.

The iconic Nike logo is a globally recognized logo. It is recognized even when the company’s name is not attached to it anymore. Commonly known as the ‘swoosh,’ this logo has a much deeper meaning. Contrary to popular belief, the Nike logo is not a checkmark. Nike is actually a Greek goddess that personifies victory. As we all know, victory is very important in sports, which is the primary customer base for the Nike brand. The Nike logo was designed by Carolyn Davidson, in 1971. According to her, the symbol represents the goddess’ wing as an indication of movement and speed. For a company that is now worth billions, Carolyn Davidson was only paid $35 for this brilliant logo design.

The branding behind all of Google’s logos is impressive, to say the least. Google uses color iterations and has four major colors; red, blue, green and yellow. The “L” letter, which symbolizes a ‘leader’ is different and unique out of the basic colors. Google is the only big brand which has an ever-changing logo. This attribute makes Google unique and the brand value is well-depicted in the changing logos.

The McDonalds logo is so magnificent with its simplicity. Simply two golden arches. Who doesn’t recognize that? Almost everyone does. The McDonalds’ logo was derived from their early architecture to be seen from afar, and now it’s incorporated into their branding. The golden color used in the logo is associated with happiness. A very fitting color for the brand.

Coca-Cola is one of the biggest brands around the world. Coca-Cola’s logo branding has changed over the years. The script font has only been tweaked ever so slightly over the years, but still remain consistent. The Coca-Cola logo is a great example of an iconic and timeless logo. Coca-Cola has stayed true to its classic style. In fact, the Coca-Cola logo is so distinguished, that when translated across languages, consumers can still recognize it worldwide.

The current Toyota logo as we know it was introduced to celebrate its 50th anniversary. In a bid to follow Japanese cultural traditions, the Toyota logo was both simple and meaningful. The two ellipses symbolize the hearts of the customers and the company. These ellipses overlap, signifying the union of the two parties in respect, trust and partnership. They also form a ‘T’, standing for Toyota.

The Toyota logo emblem is completed with a bigger oval, circling the other two. This reflects the world embracing Toyota. Besides, all of the ellipses are designed with various brushstrokes. These brushstrokes pay tribute to Japanese calligraphy craft. In addition, the space between the ovals is meant to symbolize the infinite values, cherished by Toyota. These values include excellent quality, reliability, environmental concern, and innovation.

Mercedes-Benz is the widely-known for its luxury cars. Think of a posh yet comfortable car, and Mercedez-Benz will come to mind. A luxurious car company needs a luxurious-looking logo to match it. The best logo brands, such as Mercedez-Benz, don’t need their names on their logo to be recognized by the masses. According to BrandFolder:

“The three-sided star of the Mercedes logo is intended to symbolize the brand’s dominance over land, air and sea. As time progressed, the brand’s logo continued to shed more design elements, including color and text. The current logo reflects the effortlessly sophisticated Mercedes brand voice.” 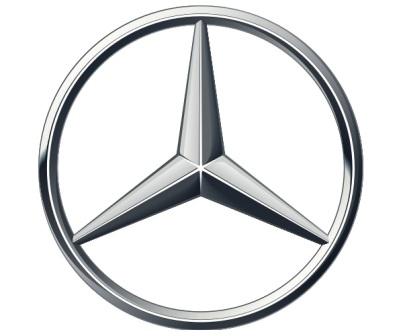 Pepsi is a well-known rival of Coca-Cola. If the Coca-Cola logo makes this list, then the Pepsi logo is expected as well. Pepsi is a cola drink brand that was first launched in 1898. The Pepsis logo has since evolved through the decades from a decorative scripted font to the red, white and blue globe that we see today. The scripted font is iconic to Pepsi. Even without the font, Pepsi is recognizable.

Have you ever wondered about the origin of the Royal Dutch Shell logo? Shell had its first service station in California, United States. At that time, a great number of settlers originated from Spain. This led to the color combination of the Shell logo. The red and yellow colors come from the Spanish flag. The shape of the logo associated to the founder.

Needless to say, the LG logo is brilliant. The logo tries to symbolize the efforts of the company to make its customers happy. The circle signifies the globe, while the stylized symbol of the smiling face showcases friendliness and happiness. The “one eye” is meant to represent goal-oriented, focused and positive.

“This logo featured only the words FedEx which, though it seems simplistic, actually has some depth to it. First off, the logo is rather famous for the optical illusion hidden within it. If someone looks closely at the space between the E and the X a person will notice a small arrow hidden there. This arrow served to symbolize FedEx’s speed and accuracy. There is also an important meaning in the colors of the “Ex.” Whatever color the Ex is, differentiates between the different parts of the company. As an example, an orange “Ex” stands for FedEx express, while a red “Ex” stands for FedEx Freight. In this way, FedEx is able to cleverly separate the individual businesses from within the whole of FedEx.”

The Starbucks logo siren has been present since 1971, and has evolved since then to become the current Starbucks logo. Even without the Starbucks name on the logo, many people will still easily recognize the logo of the world’s most popular café.

According to Logo Realm:

“The three main design are the shape of the [IBM] logo, the color in which it is depicted officially, and the font of the logo. While all three have their own meaning, when looked at together they combine to form the brand’s identity as seen by the millions of users it successfully serviced… the IBM logo went through a couple of stages, getting closer to the one we know and love today, until finally being redesigned by the internationally famous graphic designer, Paul Rand. Interestingly, the redesign was warranted by the inability of the photocopiers of that time to properly render large colored areas”

“The IBM logo history is a perfect representation of the evolution of minimalism and simplicity done the right way. From the gravely unsuccessful globe IBM old logo, the subsequent IBM logos became simpler and simpler, eventually giving way to the masterpiece designed by its famous creator…Interestingly, the combination between the blue of the logo and the striped design work together to transmit feelings of speed and dynamism. It gives a distinctive quality to the IBM logo, one missing from most current-day logos, but present in many of the old-school companies.”

Walt Disney is a popular brand among children. What better way to represent such a connection than portraying their logo as a representation of Mr. Disney’s very own signature? Although this “handwriting” is not like Mr. Disney’s, it still embodies his vision in the magical way that Disney has always done a wonderful job of capturing.

At first glance, one can see the symbolism behind the Amazon logo. The first thing which stands out is the orange arrow. Have you ever wondered what this arrow represents? First of all, the arrow starts at the letter “A” and ends at the letter ”Z”, which signifies that the company sells nearly every product you can name in the entire alphabet. In addition, the Amazon logo arrow also represents a smile with a little dimple on the side. This smile showcases the happiness of Amazon shoppers.

According to Inkbot Design:

“Samsung is a Korean company. In the Korean language, the word ‘Samsung’ refers to three stars. The founder of Samsung had a desire to leave an everlasting presence in the market, only like stars do in the sky. It also depicts power.”

The Chanel logo is a simplistic but very famous logo. The two bold, black, interlocking “C”s represent the initials of Coco Chanel, founder of the Chanel brand. Chanel’s fashion designs are elegant and luxurious, and the logo (especially the logo color) definitely matches the brand. This popular logo has stood the test of time, remaining unchanged since its creation in the year 1925.

Interestingly, the Target logo is represented by an actual target. But of course, making the logo was not that obvious. There is a lot of thought and passion behind the Target logo. Target’s logo stands out due to its strong use of the color red and striking simplicity.

The concentric circles form a minimalistic logo design that communicates universally. Target’s logo uses negative space beyond the outer red ring carefully creates an image of strength and trust. Circles convey friendship, community, and endurance. These traits are all important to the Target brand. For those familiar with color theory, red color is often associated with passion and importance, while the color white denotes health, cleanliness, and virtue.

According to Business Insider:

“The current BMW logo is said to be inspired from the circular design of a rotating aircraft propeller. The white and blue checker boxes are supposed to be a stylized representation of a white/silver propeller blade spinning against a clear blue sky. For BMW, it was ‘a happy coincidence’ that the BMW logo symbolized the Bavarian flag colors and represented the company’s origin.”

2 thoughts on “Famous logo list: The 20 most popular logos of all-time”